Q: How does an Eskimo child fix his toys? 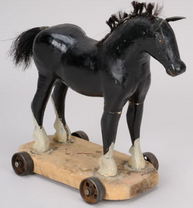 Explanation: First of all, the term Eskimo is no longer used and is considered negative, pejorative, even racist.  The two main groups who live in the northern regions by the arctic circle are the Yupik and Inuit.  When naming groups of people let’s ask people what is the best name for them; people have the right to identify themselves.

Let me then, replace it with the word Inuit- How does an Inuit child fix his toys?  This joke plays on the word igloo, a traditional ice home of some northern peoples.  The word igloo has the word part “gloo” which sounds like “glue.”  Glue would be used to fix a broken toy.